Strategies: How a Portland startup tackles the $382 screw problem 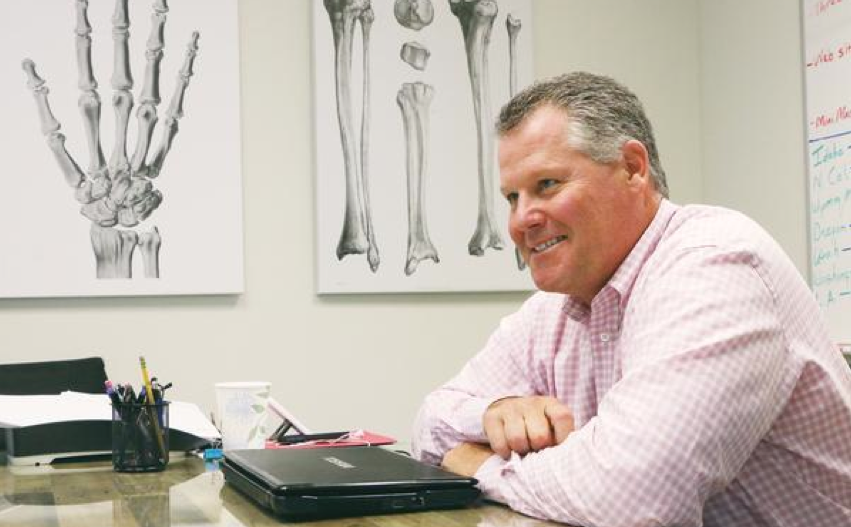 Impact Medical founder and CEO EJ Duffy understands his biggest competition because he used to work for them. Before founding Impact, he worked for rival Synthes for 17 years as an Oregon-based salesperson and manager. “I saw a company that was somewhat small grow to be a world leader in the industry,” he said.

The screws and plates implanted in a damaged hip or knee can cost a pretty penny — $382 in the case of a 3-milimeter headless compression screw.

That’s what the leading manufacturer, Synthes, charges. Impact Medical, a Portland-based startup, recently started selling their own version of the same screw for $90, a 76 percent discount.

Founder and CEO EJ Duffy said the company is able to undercut the competition in large part because it has no overhead and its products require minimal sales reps. Impact Medical’s orthopedic implants are made out of the exact same stainless steel as the screws from Synthes, Duffy said.

“We were able to reverse engineer a lot of products,” he said. “We get our competitors’ products, give them to our engineer and we find a manufacturer to build it to our specs. The point is, you can’t tell the difference between them.”
Duffy hopes to become a major player in a market with annual sales in excess of $1.7 billion. The company already has customers in Oregon, Washington, Idaho, Montana, Utah, California and New Jersey.

In May, the U.S. Food and Drug Administration gave Impact Medical clearance for a bunch of products: 11 types of screws, two styles of plates for bone fixation and numerous K-wires and drill bits. More screws, plates, cables and an external fixator device are in the pipeline.

The FDA clearance certifies that the company’s products are similar or better than products currently on the market. The types of devices Impact Medical sells have been around for 30 years, Duffy said.

While Impact Medical doesn’t make the parts itself, it contracts with a variety of different manufacturers that do.

Duffy likens the company’s strategy to that of the generic drug industry, which undercuts the name-brands. He believes Impact Medical is the only company in the space that provides its prices online.

“We want our competition to know our pricing because there’s no way they can match it,” Duffy said. “We think the combination of aggressive pricing and the growth of our product line will give us significant growth.”

Duffy knows the competition well. He worked for Synthes, based in West Chester, Pennsylvania, for 17 years in Oregon as a salesperson and manager.

“I saw a company that was somewhat small grow to be a world leader in the industry, and I saw the good and the bad that comes with growth,” Duffy said.

He started Impact Medical three years ago, figuring he could “bring value to patients, doctors and the health care system in general.” The savings from purchasing from Impact Medical ranges from 40 to 60 percent or more.

Confidence in the concept

Duffy declined to specify his start-up costs, but said he’s been funding the company, along with angel investors. He expects to recoup his investment within 16 months.

“I knew, having been in the business for 17 years, I had the concept and it would be successful,” he said.

Duffy is focusing his marketing efforts on ambulatory surgery centers, which often deal with bundled reimbursements and have more incentive to reduce costs than hospitals.

At Slocum Ambulatory Surgery Center in Eugene, reimbursements have gone down to the point that it receives 57 cents for every dollar of what hospitals are paid for the same service, said Slocum’s nurse manager, Mark Brizzee. The company has purchased screws used for thumb fractures and is looking at others for broken ankles.

“The savings is enormous,” Brizzee said. “Impact Medical has situated themselves perfectly. It’s going to be a growth industry.”

Duffy said he reached his 30-day customer goal in 12 days and scored nine new customers in a single day. He’s been contacted by customers in nine countries.

“In today’s world, with bundled reimbursement and Obamacare, where cost is an issue, the market is due for a correction, and we’re excited about where we’re at,” Duffy said.

Go to the original story on Portland Business Journal